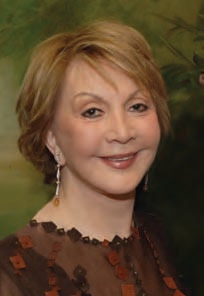 I am an American living in Herzliya, Israel, more than 8,000 kilometers from my children, grandchildren, and family doctor, a person I have known and trusted for many years. When I was admitted this spring to the Rabin Medical Center after contracting a fairly rare illness called Guillain-Barre Syndrome my first fear was that I would not be well enough to fly back to the States where I would be surrounded by familiar people and receive what I thought would be the best care. After only a few minutes in the emergency room, however, the doctors and nurses made me feel much less apprehensive and frightened, but rather, comfortable.

I knew immediately that I was in good hands.

I have spent time both as a patient and visitor in numerous hospitals in the United States, but, honestly I have never seen such attentive doctors and nurses and entire staff as those at Rabin. Indeed, they administered exceptional care to every patient, regardless of whether they came in with yarmulkes, veils, or Yankee baseball caps on their heads. To my surprise, the staff was equally diverse. At any given moment, you would hear Arabic, Russian, English, and of course Hebrew spoken in the hallway. I could not believe that such quality care was available not only for me but to every patient who passed through.

It made me so proud to learn that such a fantastic hospital exists here in Israel. I would like to applaud Rabin for its excellence in every way. I have made a complete recovery now, which I attribute to Rabin (and of course, Hashem). I know that I- as well as the patients from all walks of life that I met during my six weeks there- will be eternally grateful for the kindness, attentiveness, and excellent medical treatment we received.